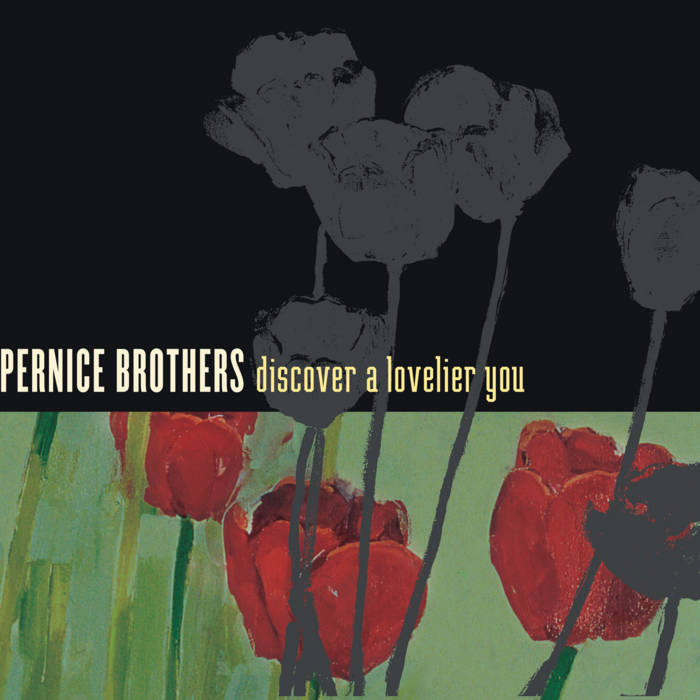 Discover a Lovelier You is the fifth recording by The Pernice Brothers, their fourth for their own Ashmont Records, and the 10th album overall for Joe Pernice in his various musical incarnations. Picking up where Yours Mine and Ours (2003) left off, this one has 12 artfully crafty Joe Pernice originals, evoking and inspired by transportation catastrophes, George Harrison, O. Henry, Duran Duran, Claire Danes, Michelangelo Antonioni, Ennio Morricone and other fascinating Italians, non-Italians and mise-en-scenic situations. Despite all the outside influences, Pernician flourishes abound. These are Joe’s best songs to date, wellexecuted and tight, and all things being relative, that’s good. And as if that weren’t enough, there are two waltzes.

Discover was recorded in Brooklyn, New York; Holbrook, Massachusetts; Los Angeles, California; and Toronto, Ontario making it an international affair. It was produced by Joe Pernice and longtime collaborator Thom Monahan, and features most of the band that toured on Yours Mine and Ours, including Peyton
Pinkerton, Patrick Berkery, James Walbourne and Bob Pernice. Guest appearances include Blake Hazard, Ricci Bonanno and Ric Menck.

Joe Pernice started his recording career in the mid-90’s with the Scud Mountain Boys in Northampton, Massachusetts. In addition to his Pernice Brothers output, including their first live album and DVD released in late 2004, and his three Scuds records, he has recorded under the name Chappaquiddick Skyline and made a solo record called Big Tobacco. Ashmont Records is a small indie label, based in Dorchester, Massachusetts, which is known (artistically anyway) for being the birthplace of Norm Crosby, Ray Bolger, Donna Summer and the New Kids on the Block. The label is co-owned by Pernice and his manager.