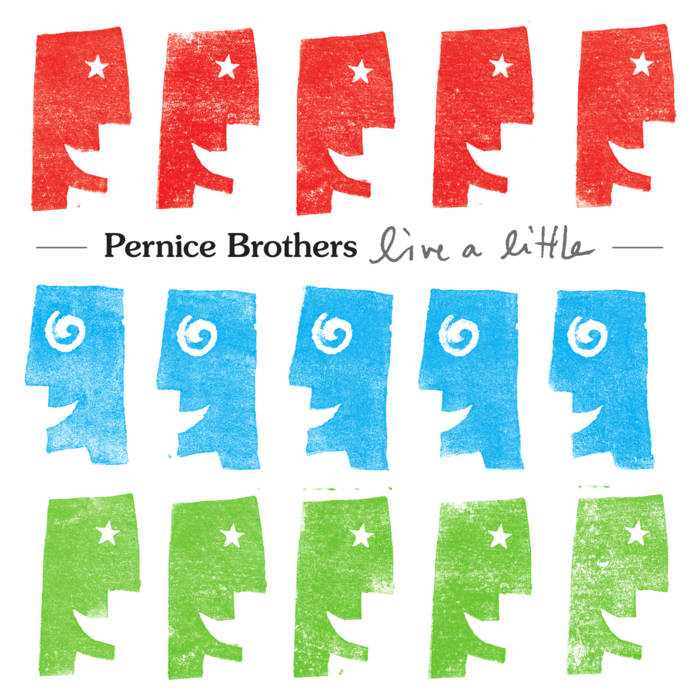 CTHankster This record is a masterpiece. Joe's songs are incredible—deft, dense wordplay and poetic imagery coupled with irresistible hooks. Somerville is my favorite cut but it's a tough choice. It could just as easily be PCH One, High As a Kite, or any of the others. Every one lodges in the pleasure center of your brain and resists eviction. On top of that is Michael Deming's production—with Joe, Deming has made great, tasteful creative choices that project the songs in Technicolor. GET THIS RECORD. Favorite track: Somerville.

Live a Little is the sixth recording by The Pernice Brothers, and it marks as much a return to form as it does a departure from what came before it. For one thing, there’s the reunion of Joe Pernice and producer Michael Deming, who worked on the recordings of Joe’s previous band, the Scud Mountain Boys, as well as the very first Pernice Brothers record, Overcome By Happiness. This one has strings and horns, which have not been part of a Pernice album since OBH. But, and this is a mighty exception, it’s much more of a rock record than that was, representing the running of big fat analog tape while sweaty guys played on well-crafted instruments through amplifiers and pounded on sweet, old, drum kits. Oh, and it marks a return to New England, having been recorded in Connecticut, which one of the band members used to disparage as nothing more than the state in his way when he wanted to travel from Massachusetts to New York. He’s now grown to pay it the respect it deserves as a rock mecca, hiding in plain sight.

Lyrically, it’s another masterpiece, and if distinctions must be drawn, perhaps this one’s a bit more literary, where last year’s Discover a Lovelier You was somewhat more cinematic. “PCH One” probably could have been a Scud Mountain Boys song, and “Grudge F*** (2006) was a Scud Mountain Boys song (without the 2006), but instead of the gentle, almost lazy, plaintive plodding of the original recording, the Pernice Brothers version out-Badfingers Badfinger and that’s good. You can feel its pain. It also has the trademark Pernice geography obsession. There are eleven very excellently crafted and executed new songs in all, plus the aforementioned “Grudge,” which is indeed a stunner.

Joe Pernice began his recording career in the mid-90’s with the Scuds, in Northampton, Massachusetts. In addition to his Pernice output (Overcome By Happiness, The World Won’t End,Yours Mine and Ours, Discover a Lovelier You plus the live album/DVD Nobody’s Watching/Nobody’s Listening) and his three Scuds records, he has also recorded under the name Chappaquiddick Skyline and released a solo album called Big Tobacco. He has two books out: Two Blind Pigeons is a collection of poetry and Meat is Murder is a critically-acclaimed novella published as part of the 33 1/3 series by Continuum Books. He is an accomplished television star, having made a 45-second appearance as a troubadour-wannabe in a 2006 episode of The Gilmore Girls. Ashmont Records is a small indie label co-owned by Joe and his long-time manager Joyce Linehan, based in Dorchester, Massachusetts, which is known (artistically) for being the birthplace of Norm Crosby, Ray Bolger, Donna Summer, the Wahlberg Brothers and Joe Pernice’s grandmother.