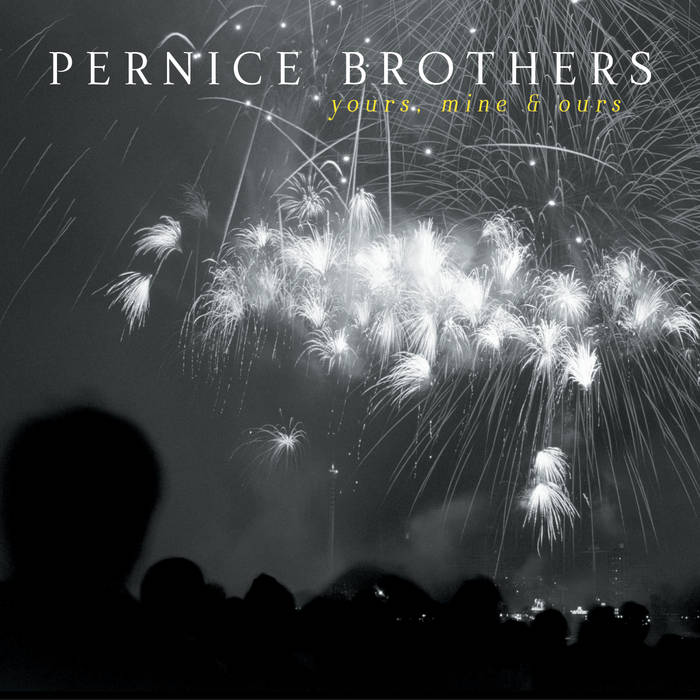 Since my partner(and by partner I mean business and not life. God, life partner is one of those expressions that’s creepy to say. There are a bunch of them in the English language. If someone ever decides to write a dictionary of common words and expressions that are creepy to say, let me know. I’ll contribute. On second thought, I’ll litigate. It’s my idea.) Joyce Linehan and I started Ashmont Records a couple of years ago, one of the jobs I’ve absorbed is writing the press releases for the upcoming albums. I know Jack shit about writing press releases (re: The World Won’t End, Big Tobacco). I know it. Joyce knows it. You know it. Still, I’ll get an email from her asking me to "write something" for the album or for the web site. No wonder the record industry is such a mess. People like us polluting the hallowed ground. I hereby confess: Ashmont Records ruined the record industry. Just to add insult to injury, we’ve decided to release the third and latest album by Pernice Brothers, called Yours, Mine and Ours.

Like a lot of people post 9/11, I contemplated changing my life drastically. Rock musicians (myself included) can lend themselves to being a bit too self-involved, and the times seemed to ask more of people. In the end (to make a long and familiar story short), it was all about rediscovering the joy in things, and hanging on to them for dear life. Which is what I did. Therefore in June 2002, I rounded up the group of usual suspects (Thom Monahan, Peyton Pinkerton, Mike Belitsky, Laura Stein, Bob Pernice) and we recorded in the secluded Vermont summer-house of a benevolent cancer surgeon. It might sound Big Pink, but we had satellite TV, high-speed Internet and a restaurant-quality kitchen. It was more like Big Pinkerton. (See my cooking video starring Peyton at pernicebrothers.com. To give you a hint of the sound of Yours, Mine and Ours, for months the working title was Pretty in Pinkerton. Ah, what’s in a name?)

In the Fall, we finished recording overdubs in historic Brooklyn, and we selfishly exploited the talents of our old friends Mike Daly, John Crooke and Ben Wheelock. Warren Zanes (the Rookie) and April March were more than generous with their vocalizing. (Their infant son can be heard during the coda of track 3, something like, "These people are all lunatics. I buried Paul. Where’s my #*&%$#@ milk?")

Anyway, I’m very happy to announce Pernice Brothers’ new album Yours, Mine and Ours. (The other "blind mouse" at Ashmont Records, Joyce, is more relieved than happy I’d bet.) The record may share its title with a breezy, feel-good Doris Day motion picture (maybe I’m confusing it with With Six you Get Egg Roll, a close runner-up), but to quote the colossal talent that is Rip Torn, "This ain’t that."